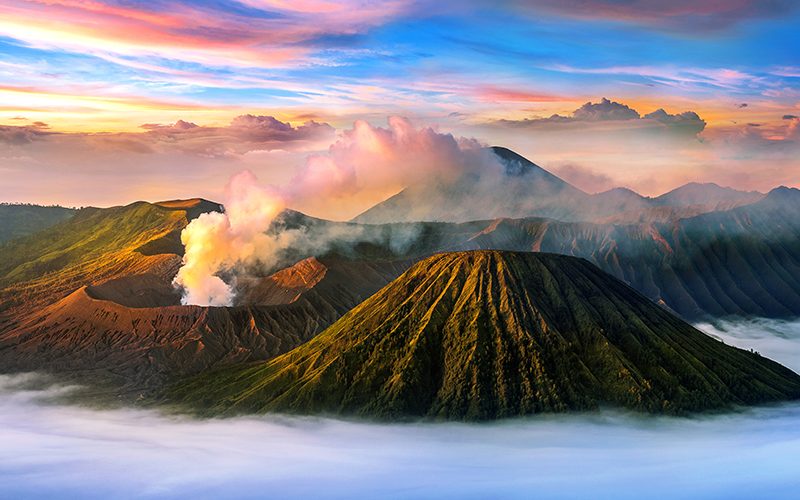 Top 5 things to do in Malang

Indonesia has many hot destinations for you to visit, one of those must see places is the island of Java and specifically the area around Malang! In this blog we will tell you about the top five things to do in Malang.

Malang is part of the top 3 biggest cities in the East-Java region. The Malang region is inhabited by about 3,6 million people. During the Dutch colonial period many Dutch visitors favoured to stay in this area due to it’s relatively cool climate. The remains of this era are still clearly visible in the main street(Jl.Ijen) in the city centre. Famous buildings like the Ijen Church and City Hall and other remains of the Dutch occupation are listed on the cultural heritage list of Indonesia and therefore maintained well.

Although there is much to see and do in the area of Malang, we have shortened the list to give you a top 5 things to do in Malang.

The Bromo volcano is probably one of Indonesia’s most famous volcanoes, which doesn’t come as a surprise. The volcanic plains surrounding the volcano itself are of unparalleled beauty. Along the way you will come across nothing but jeeps, horses and some stranded motorbikes. Both the area surrounding the Bromo volcano as it’s famous viewpoint are certainly worth it. Make sure to come early to catch the sunrise!

This waterfall can’t be skipped when visiting Malang! This waterfall can be considered as one of the most beautiful in Indonesia and that says a lot considering the number of waterfalls you can find in this country. It’s almost unreal when you have a first glance at the Tumpak Sewu waterfall from the view point at the top. Besides that it is also possible to descend tot he bottom, where the look up will make you feel humble by the beauty of nature. Down a very steep road you can climb via small streams and rivers to te very bottom. The only thing separating you from a hundred meters deep abyss is a sketchy bamboo rope construction. Not for the faint of hearth among us! 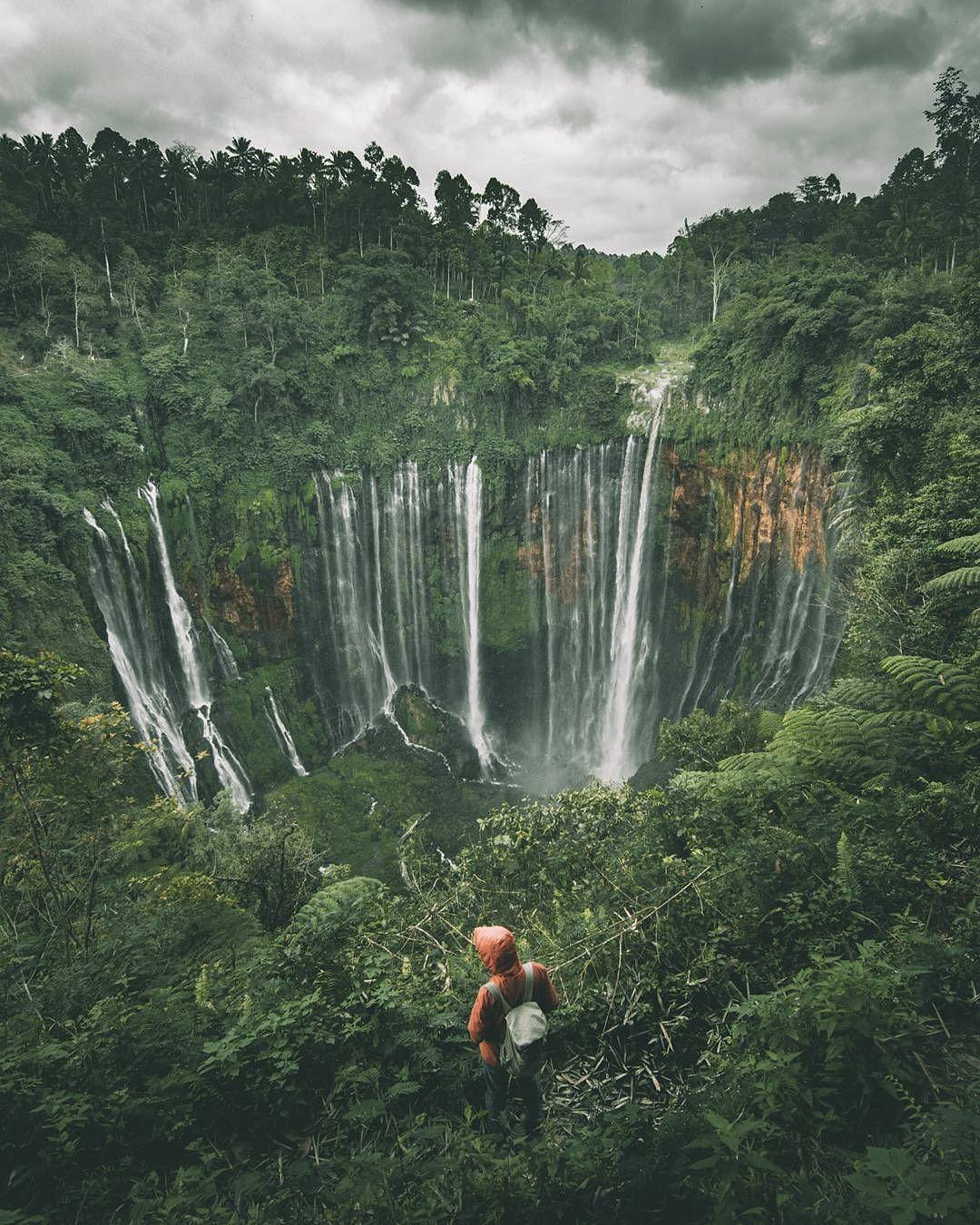 The most eye-catching destination in Malang is the renovated slum town, formerly known as “Jodipan” and nowadays known as “Kampung Warna Warni”. A group of Indonesian Students from Malang came up with the idea to give the neighbourhood more charm by painting the entire village in happy colours. In 2016 the Indonesian Air Force, in collaboration with the students, painted the entire village which increased tourist visits. Entrance will cost you only 3,000IDR for which you even get a self-made key ring! 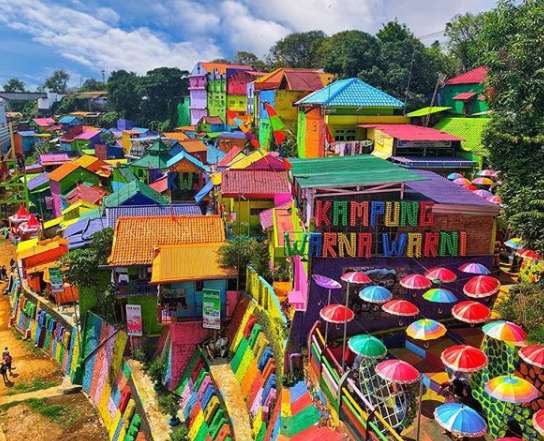 Whether you are a football fan or not, visiting an Arema game is an experience you won’t forget any time soon. Arema plays their home games in the “Kanjuruhan” stadium which goes by the nickname “The Lions Den”. The stadium feels like an old school gladiator arena due to a dirt track surrounding the field and supporters hanging in fences. The party usually starts outside the stadium where the supporters gather hours before the match to sing, jump and have drink together. You can buy tickets in the week before the match trough physical sales locations in the city. 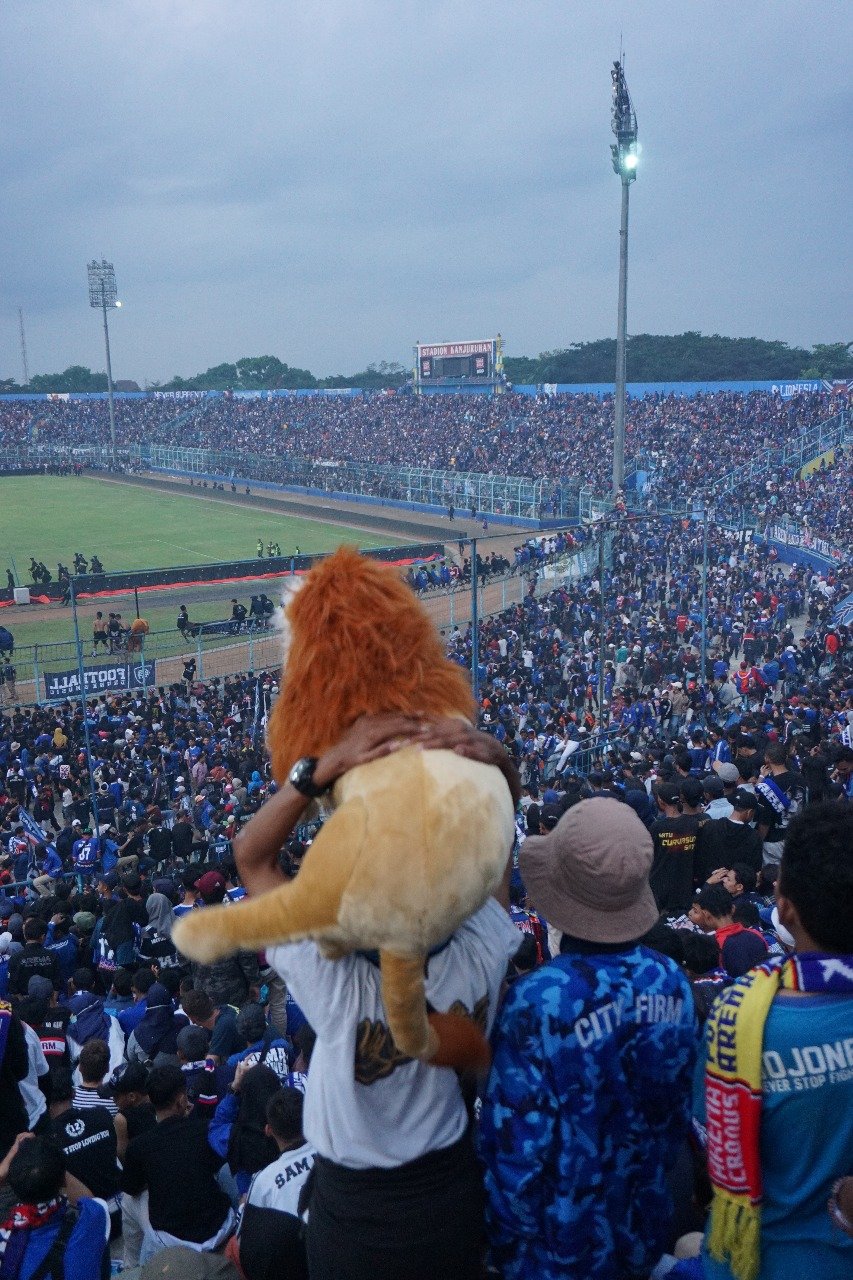 Tip: Visit a match against Persija, PSS Sleman or Bali United. The supporters of these clubs tend to go along well with each other, so there are less chances of riots and a bigger chance of good atmosphere. In addition to that: avoid wearing the color green/La Coste clothing. The color green and the crocodile are the symbols of arch-rival Persebaya.

Do you want to escape from city life? Then take a moment of relaxation by taking a walk in the peaceful nature around the Semeru volcano. This volcano is named after the abode of the gods following traditional Hindu and Buddhist beliefs. Mount Semeru is the highest volcano in the area of Malang and climbing/staying will cost you a minimum of two nights. Don’t forget to bring warm clothes! 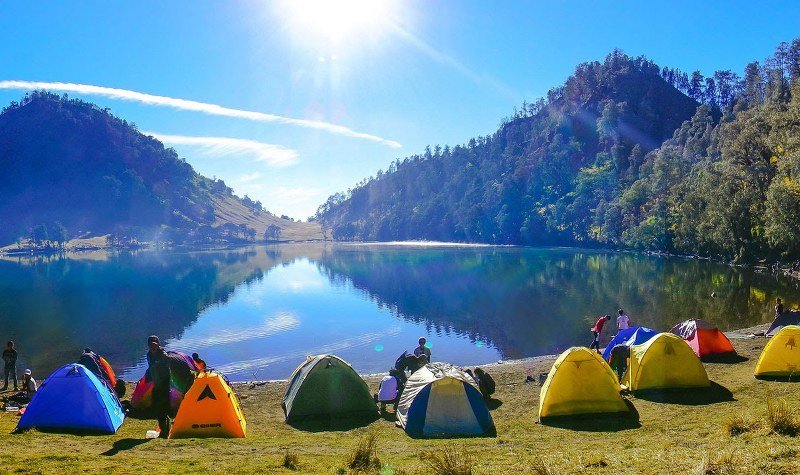